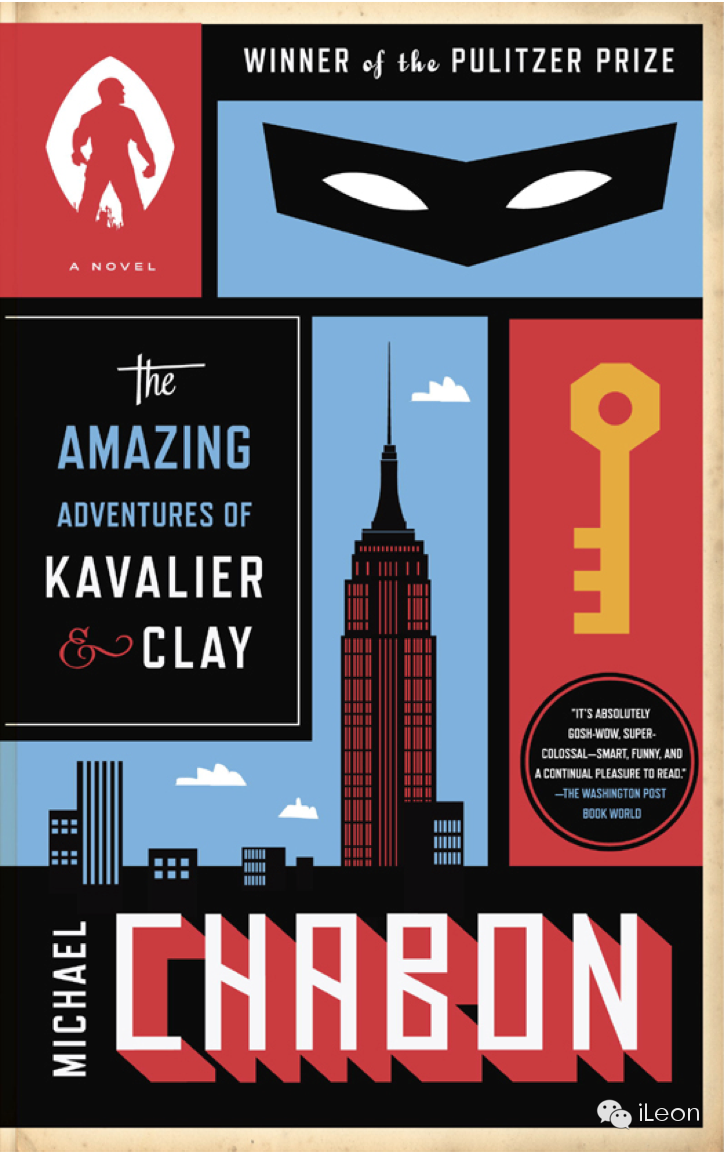 文章来源《How we do it: the evolution and future of human reproduction by Robert Martin》 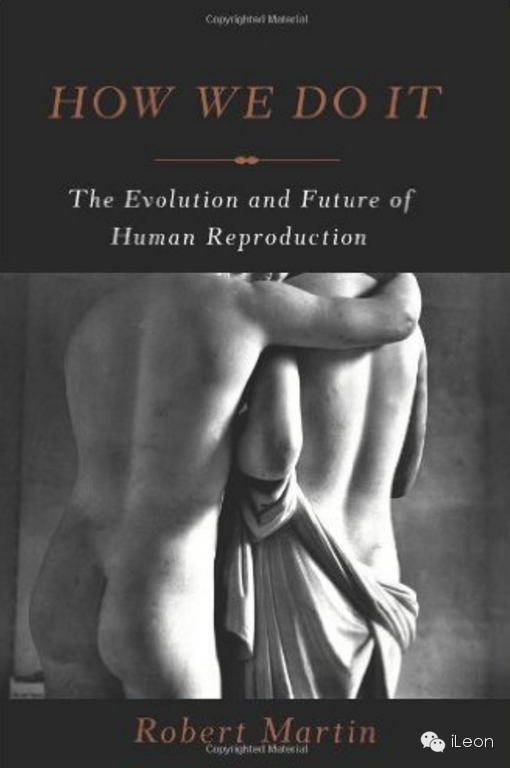 Rapid brain growth during the first year of life is connected with another unusual feature of newborn human infants: their striking plump- ness. In an average human newborn weighing some seven and a half pounds, fat tissue accounts for over a pound, around 14 percent. Our babies are among the plumpest found among mammals. Human babies at birth look markedly different from the scrawny newborns of other primates, such as chimpanzees and rhesus monkeys. The proportion of fat tissue in a new- born human matches that in mammals living under arctic conditions and actually exceeds the level found in baby seals. As anthropologist Christo- pher Kuzawa has shown, a newborn human has about four times as much fat as expected for a standard newborn mammal of the same body size. In fact, the proportion of body fat in a human baby increases further over the first nine months after birth, building up to about a quarter of body weight. During that period, around 70 percent of the energy allocated to growth is used to deposit fat. In short, healthy babies do not lose their baby fat after birth but consolidate it and maintain it for up to three years. A mother’s investment in building up her infant’s fat reserves continues long after birth, largely thanks to nursing.

A standard explanation for our plump babies has been that natural selec- tion favored an increase in body fat to offset the loss of insulating body hair. It is known that the optimal temperature for a human infant kept in an incubator is about 90°F, so cooling could be a problem. Baby fat is distinc- tively distributed, being mainly located just beneath the skin. In contrast to adult fat stores, there is relatively little fat in the belly cavity. Anthropologist Bogusław Pawłowski supported this view, arguing that various features of the human newborn evolved in early Homo to counter excessive cooling during nights spent sleeping in open savannah. Those features include relatively large size as well as a greater proportion of subcutaneous fat. A sleeping human infant is also unusual in being able to actively regulate its own body temperature.

However, Kuzawa’s studies yielded only weak evidence for the role of subcutaneous fat proposed by Pawłowski. Kuzawa went on to explore a more likely explanation for our exceptionally plump babies: increased fat reserves as a crucial energy buffer. This would be particularly advantageous during the period of rapid brain growth in the first year of life. It could offset any disruption in the flow of resources to the growing infant. Going a step further, a 2003 paper by two nutritionists, Stephen Cunnane and Michael Crawford, argued that plump babies are the key to evolution of the large human brain, and not only because of energy supply. About half of the brain consists of fat, and a baby’s fat reserves contain special fats—long- chain polyunsaturated fatty acids (LCPUFAs)—that are essential for nor- mal brain development. Calculations indicate that LCPUFAs present in baby fat at birth should be enough to fuel three months of brain growth. Cunnane expanded on this theme in his 2005 book Survival of the Fattest, in which he described the normal human newborn as “positively obese.” Deposition of fat in the human fetus takes place only during the last third of pregnancy; almost no fat is present during the first six months. As a result, fat reserves are well below normal in premature babies. A baby born five weeks early has only half the usual amount of fat, and a baby born ten weeks early has less than a sixth. With such early preemies the ribs and chest muscles stand out because there is so little fat tissue beneath the skin. Insufficient fat deposits mean that preemies are not well buffered for the rapid brain growth that takes place after birth. Although normal brain growth can nevertheless occur given adequate nutrition, it is vital to recognize the special needs of premature babies. Cunnane aptly describes stored fat in the newborn human as “insurance.”

The hindsight bias, although not thitherto named as such, was not a new concept when it emerged in psychological research in the 1970s. In fact, it had been indirectly described numerous times by historians, philosophers, and physicians. In 1973, Baruch Fischhoff attended a seminar where Paul E. Meehl stated an observation that clinicians often overestimate their ability to have foreseen the outcome of a particular case, as they claim to have known it all along. Baruch, a psychology graduate student at the time, saw an opportunity in psychological research to explain these observations.

In the early seventies, investigation of heuristics and biases was a large area of study in psychology, led by Amos Tversky and Daniel Kahneman. Two heuristics identified by Tversky and Kahneman were of immediate importance in the development of the hindsight bias; these were the availability heuristic and the representativeness heuristic. In an elaboration of these heuristics, Beyth and Fischhoff devised the first experiment directly testing the hindsight bias. They asked participants to judge the likelihood of several outcomes of US president Richard Nixon's upcoming visit to Beijing (then romanized as Peking) and Moscow. Some time after president Nixon's return, participants were asked to recall (or reconstruct) the probabilities they had assigned to each possible outcome, and their perceptions of likelihood of each outcome was greater or overestimated for events that actually had occurred. This study is frequently referred to in definitions of the hindsight bias, and the title of the paper, "I knew it would happen", may have contributed to the hindsight bias being interchangeable with the phrase "knew it all along" hypothesis.

In 1975, Fischhoff developed another method for investigating the hindsight bias, which at the time was referred to as the "creeping determinism hypothesis". This method involves giving participants a short story with four possible outcomes, one of which they are told is true, and are then asked to assign the likelihood of each particular outcome. Participants frequently assign a higher likelihood of occurrence to whichever outcome they have been told is true. Remaining relatively unmodified, this method is still used in psychological and behavioural experiments investigating aspects of the hindsight bias. Having evolved from the heuristics of Tversky and Kahneman into the creeping determinism hypothesis and finally into the hindsight bias as we now know it, the concept has many practical applications and is still at the forefront of research today. Recent studies involving the hindsight bias have investigated the effect age has on the bias, how hindsight may impact interference and confusion, and how it may affect banking and investment strategies. 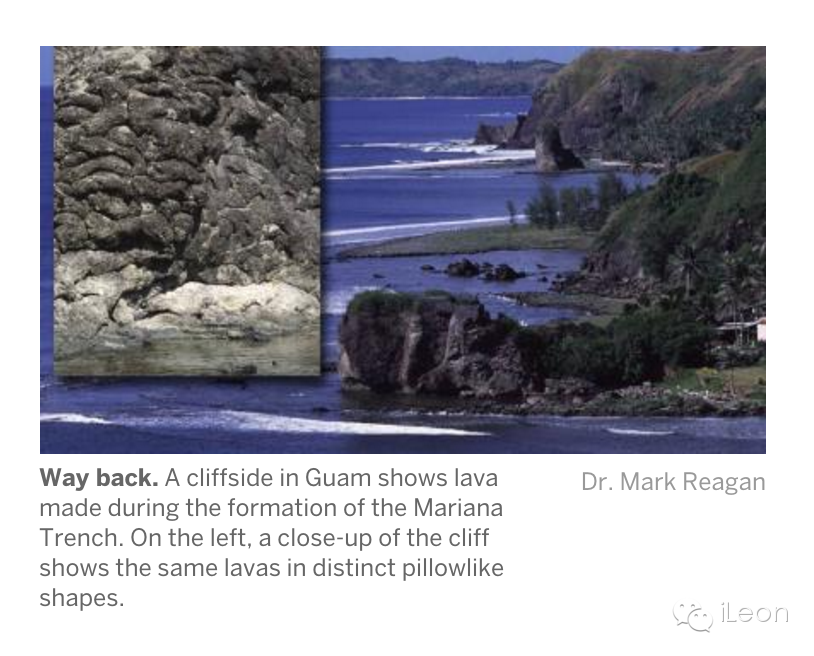 A journey to the Mariana Trench, the deepest crevice on Earth’s surface, reveals the great Pacific tectonic plate descending deep into the planet where it recycles back into mantle rock. This recycling of old tectonic plate, called subduction, drives plate tectonics and is nothing new to scientists, but exactly when the process got started is a hot debate. A new study may put that to rest by unmasking a sequence of 4.4-billion-year-old lavas as the remnants of the first subduction zone on Earth. If correct, the discovery marks the dawn of plate tectonics and thus several geological processes critical to Earth’s environment and perhaps even its life.

In 2008, scientists studying ancient lavas in northern Quebec, known to geologists as the Nuvvuagittuq greenstone belt, saw that they had the same geochemical signature as lavas from modern subduction zones like the Mariana. This meant that they must have mixed with briny fluids squeezed up through subduction zones and only there. The geochemistry of those rocks could be used as a sort of fingerprint to help identify subduction zone lavas.

Geologists Tracy Rushmer and Simon Turner of Macquarie University in Sydney, Australia, decided to take a closer look. They and their colleagues noticed a distinct chemical pattern to the layers in the lava, creating a unique sequence of rocks. The team thought this sequence could be similar to lava sequences made by modern subduction zones like the Mariana Trench. Mark Reagan, a geologist at the University of Iowa who has taken submersibles into the trench five times as deep as 6500 meters, confirmed Rushmer and Turner’s suspicions. “The whole sequence,” Rushmer says, “linked in with what Mark was seeing in the Mariana Trench.” The team says each rock layer in the sequences at the Mariana lavas and the Nuvvuagittuq lavas describes a step in the birth of a subduction zone.

The key is in how rocks and their chemistry change with each successive layer. As the oceanic slab descends, lavas begin rising up and erupt on the surface in layers atop one another, creating a rising sequence of igneous rocks. With increasing depth, heat and pressure begin squeezing different elements out of the slab in fluids. Over time, these fluids change the chemical composition of the lavas so that they become rich in rare earth elements like ytterbium, but poor in the element niobium. The first layer in the sequence erupts before the fluids can escape the slab, but the next layer in the sequence gets just enough fluid to make a partial signature. The final layer carries huge amounts of rare earth elements and very little niobium, together making the clarion mark of subduction zone lava.

The team realized not only do both rocks carry the same geochemical signature, but in comparing the Mariana and the Nuvvuagittuq, they also discovered the rocks and the geochemistry of both sequences change in the exact same way, they report in the current issue of Geology. This finding bolstered the theory that the Nuvvuagittuq sequence is an ancient subduction zone. “Seeing the evolving chemical signature,” Turner says, “was much more robust than just saying there is or isn’t niobium.”

Geochemist Julian Pearce of Cardiff University in the United Kingdom still isn’t completely convinced, though. He says the Nuvvuagittuq greenstone belt might just be too old and warped to have a reliable signal from 4.4 billion years ago. “The evidence would be compelling if the rocks were young, undeformed, and fresh,” Pearce says. As they are now, the Nuvvuagittuq rocks have been modified by intense heat and pressure “which can mask and modify geochemical signals” through contamination from nearby rocks. Furthermore, while Pearce believes a subduction zone is one place these geochemical signatures can be made, “it is not the only location.”

While those are legitimate concerns, geoscientist Norman Sleep of Stanford University in Palo Alto, California, isn’t too bothered. “It’s not fully sorted out yet,” Sleep says, but the Nuvvuagittuq rocks “really seem like modern arclike lavas” found at the Mariana. When it comes to the geochemical signature of subduction, Turner and the members of the team say that heat and pressure don’t alter the geochemical fingerprint much, and Sleep says this is reasonable. Despite all of the difficulties of studying such timeworn rocks, he says “the work done in this paper is very valuable.”

For one, everyone agrees subduction zones could sculpt ideal sanctuaries for the origin of life. Fluids released from subducting crust also transform mantle rocks into a mineral called serpentine. Those fluids go on to form hot springs on the ocean floor. “The serpentine provides an energy source,” Sleep says, which is one of three requirements for early life. The molecule RNA can satisfy the other two requirements by acting as both a catalyst helping other molecules form and a way to self-replicate. But RNA will fall apart without something to stabilize it. As luck would have it, these serpentine vents are bursting with boron, which acts as a stabilizing agent for RNA. This makes what could be the most ancient subduction zone on Earth, Pearce says, “a likely setting for life to start.”