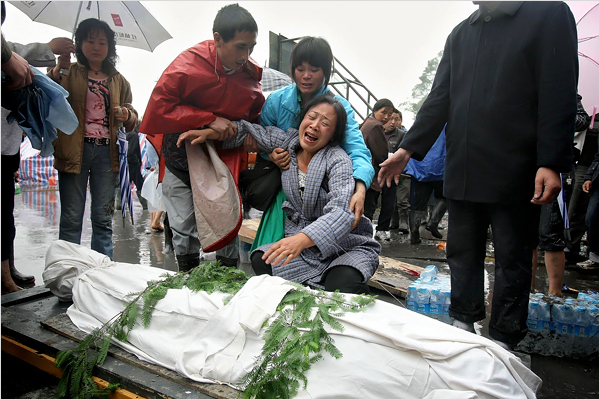 A woman mourned over the body of a student at the Juyuan Middle School, which had collapsed during Monday's earthquake. Experts on earthquake dangers have warned for years that tens of millions of students in thousands of schools around the world face similar risks, yet programs to reinforce existing schools or require that new ones be built to extra-sturdy standards are inconsistent, slow and inadequately financed. 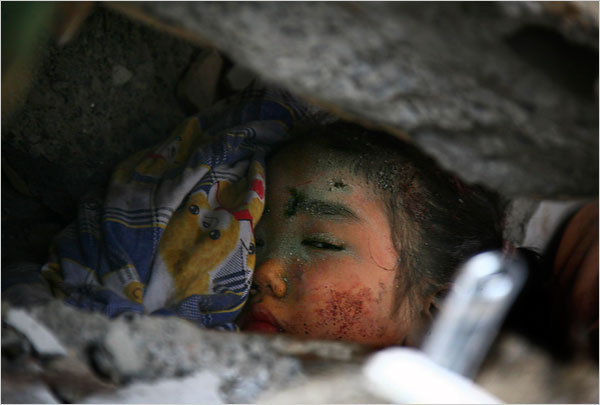 A child buried under rubble waited to be rescued in Beichuan County on Tuesday. 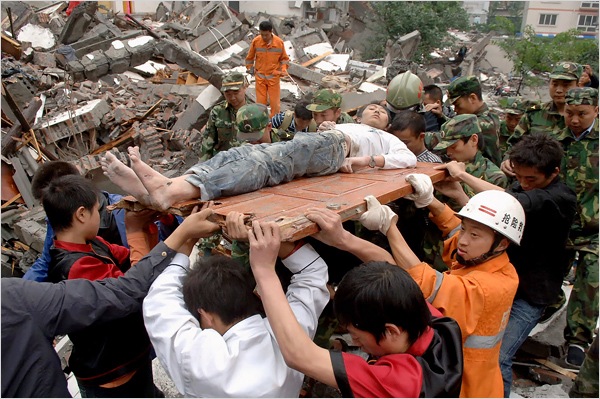 The rare successful rescue operation, for a person who survived being buried for more than 20 hours in Dujiangyan. 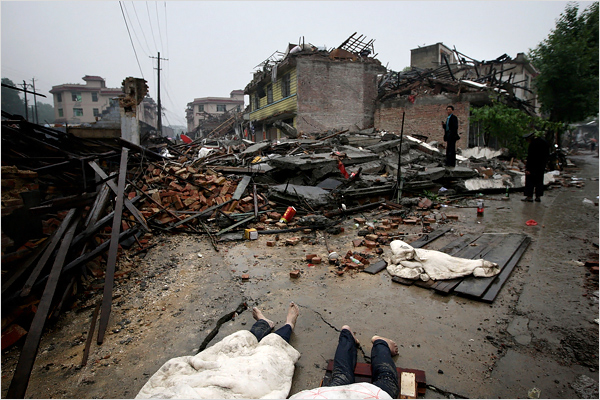 Soldiers who hiked over landslide-blocked roads to reach the epicenter of China's devastating earthquake searched through collapsed buildings Wednesday for survivors, with the death toll certain to rise as those trapped in the rubble are found. 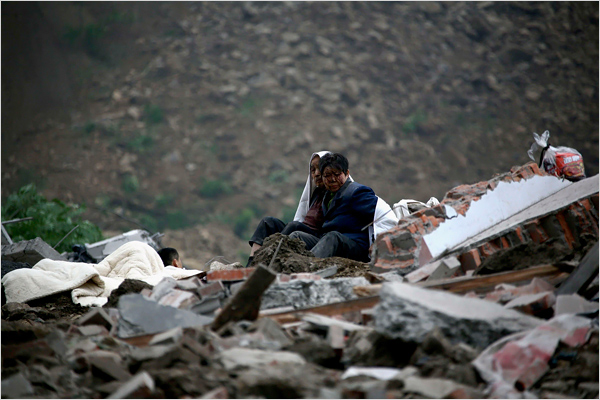 The quake destroyed 80 percent of structures in some of the towns and small cities near its epicenter in Sichuan Province, Chinese officials said. 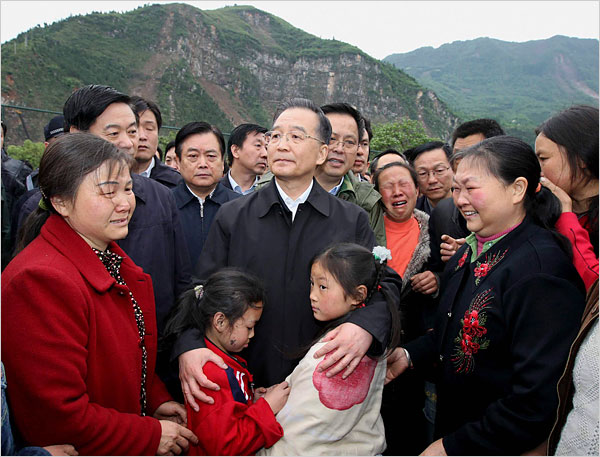 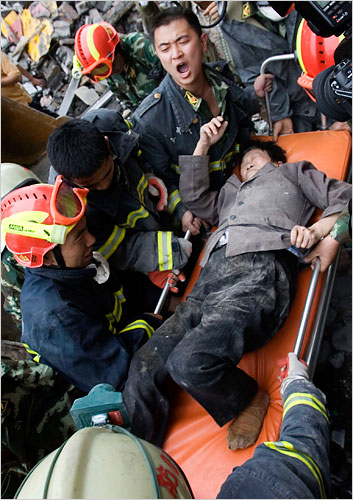 Workers rescued a woman who had been trapped for two days in Dujiangyan on Wednesday. 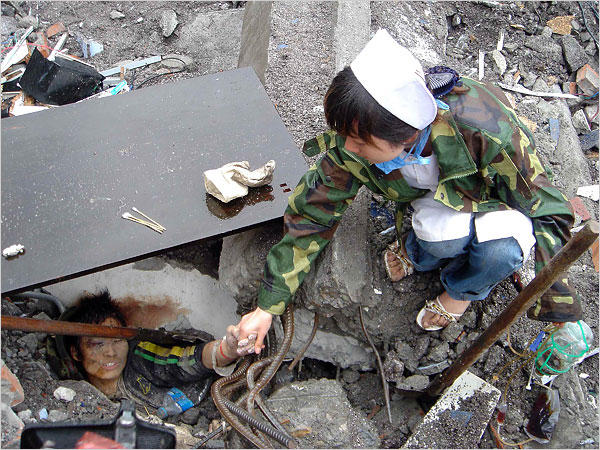 A nurse held the hand of a trapped youth in Beichuan on Tuesday. 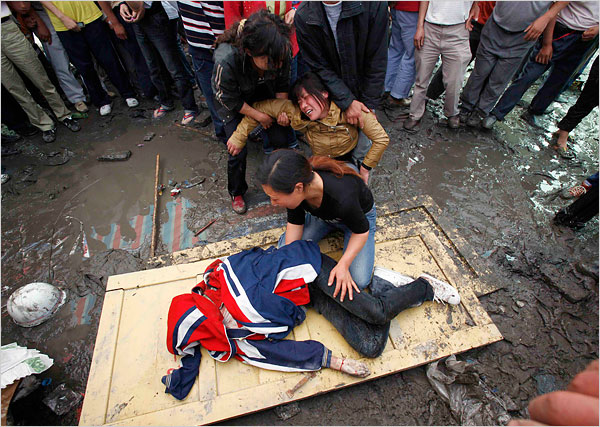 Relatives cried over the body of a girl lying on a door used as a makeshift stretcher in the town of Juyuan on Wednesday. 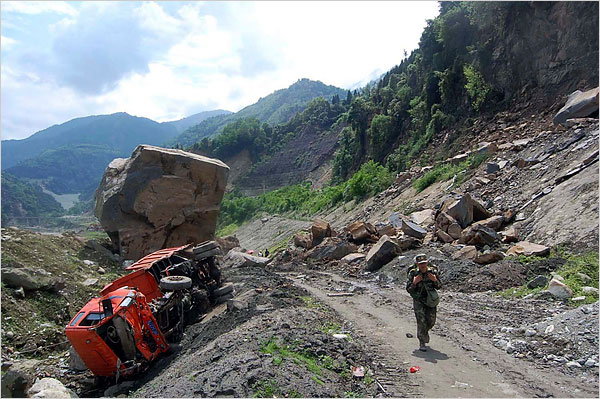 A soldier made his way on Wednesday to Yingxiu, a town in Wenchuan County, the earthquake's epicenter. When the army reached the town, only 2,300 of 10,000 residents could be confirmed alive.